Sydney Rococo -The Concert
We managed to capture the excitement of a one off concert of Steve Kilbey's Sydney Rococo.

Wonderful to work on this video for The Foundations in Portland NSW. Featuring the work of a master of big art Guido van Helten and the wonderfully authentic  Tommy Fitzgerald we are very happy with the way this turned out. Check it out and go see this for yourself just up the road from Lithgow.

Excited to be making the official Ironfest Documentary

We love Iron fest and hope to capture the excitement and fun of Australia's most out there festival in the magical show ground of Lithgow this year.

We are also suitably honoured to be screening as part of the Environmental Film Festival Australia which is on from September 3-10 . We will be down at the Kino Cinema on Collins street for a Q and A too. Film starts at 8.45 on Wednesday September 9.

We are incredibly honoured to find out The Man from Coxs River will close Missoula Montana's Equus International Film Festival on Sept 20. Looks like an awesome line up of horse themed films with a strong First Nations presence. Wish we could be there!! 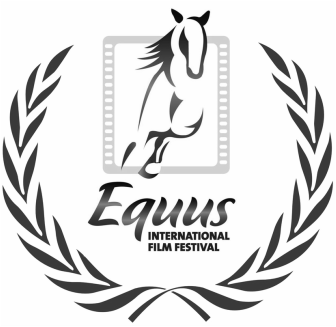 The Man from Coxs River became 2014 number 1 Australian documentary at the box office and the first feature to be awarded a National Trust Heritage award. With hundreds of  screenings many of them sold out  around Australia and New Zealand the film provide to be a real crowd pleaser. Thanks for getting behind us. You can read more about the film and the way it was received here. 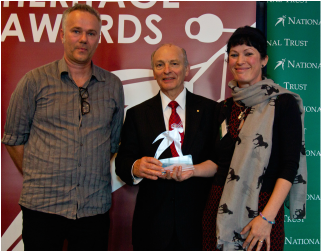 The film has been selected from 670 entries and one of only three entries from Australia. This is big news for our little film. Well be celebrating tonight.
This years theme is Human Dignity.
Visit the UNAFF site
http://www.unaff.org/2012/index.html

You’ll recognise Kieran Darcy-Smith from the numerous and varied roles he’s played in Australian film and television – including key performances in features like September, Animal Kingdom and the multi-award winning short film Miracle Fish. On television, he’s appeared in everything from Water Rats to Going Home to Stupid Stupid Man and My Place. Yet Darcy-Smith has always been an actor with a keen interest in working behind the camera as well as in front of it. He’s one of the co-founders of the prolific Blue Tongue Films collective (together with Nash and Joel Edgerton, David Michôd, Luke Doolan and Spencer Susser). He’s been steadily honing his craft by writing and directing short films and several of these have been remarkably successful – Bloodlock won the Most Popular Film award at the 1999 Flickerfest International Film Festival as well as the St Kilda Film Festival prize, while The Island won the 2000 Tropfest Tropicana Award. In a few months time, we’ll see Darcy-Smith’s feature film directorial debut – Wish You Were Here, starring Joel Edgerton, Teresa Palmer and Felicity Price.

Right now, however, Darcy-Smith is busy preparing for the 2011 Homebake Music Film and Arts Festival, held in The Domain, in Sydney’s Royal Botanic Gardens on Saturday, 3 December. Darcy-Smith is the curator of the short film program – an involvement stretching back ten years to 2000, when the film component was introduced.

Roy Billing in Aden Young's 'The Rose of Ba Ziz'.

The Homebake Cinema Pavilion is a showcase of Australian and New Zealand short filmmaking talent – and unlike competitive festivals, the films need not be premieres. This year’s line-up includes classic and well-known shorts like Nash Edgerton’s Spider, Amiel Courtin-Wilson’s Cicada and Warwick Thornton’s Nana, as well as lesser-known titles – Russell Kilbey’s Rainman goes to RocKwiz; Aden Young’s The Rose of Ba Ziz; and Christopher Stollery’s Dik.

The husband and wife team of Russell Kilbey and Amy Scully who have so far produced two films on Asperger's Syndrome, a type of Autism have had a great run with the film over the last 6 months. It has been screened at several high profile festivals over North America including the Sprout Film Festival at The Metropolitan Museum of Modern Art in New York This week is one of only forty films to play at NXNE Canada’s premiere music festival.

Rainman Goes To RocKwiz is about the music chart savant Mark Boerebach and is one of the few SBS shows to get a segment on Channel 9 news.

It was re edited after broadcast in 2008 into a longer International version.

They have also almost finished "Last Riders of the Burragorang" a feature length enviro-documentary about the Blue Mountains World Heritage area and the capture of the last mobs of wild horses that live there.

In related news the film will screen at a fund-raiser for ASPECT, the autism spectrum association at the Red Rattler in
Marrickville on the 23rd June which features members of the Church and special guests.